Reported for the first time in 62 years, UPLAND SANDPIPER is confirmed seen this morning in Prospect Park. Alex Wilson sent me a report that included among 4 species shorebirds seen today a lone UPLAND SANDPIPER seen at dawn on the baseball fields. It's only the fourth record , the first seen since April 22nd , 1950. The other two reports occurred in 1939 and 40's ( pending records search ) .

Congrats to Alex on a most spectacular find !  See Alex's report below.

In an early spring season that is amissed with usual missing warbler species and low numbers, two spectacular and new or long absent species so far is making Prospect's spring a most memorable season for the ages, following last week's Swallow-tailed Kite seen by Russ Aldertone.

An UPLAND SANDPIPER was on the Long Meadow ball fields at
dawn this morning. It was just after 6:00, and still dim on the field,
with the sun not yet over the tree line. I was walking up the middle
of the field when the bird flushed (or perhaps it was just coming
down) from the direction of diamonds 5 & 6, crossing the field
and setting down near diamond 2. It walked a few paces, then
made two more short flights, passing around me at close range
and landing about 20 yards away, providing definitive looks
before it again took flight. This time it gained altitude and headed
north, where I lost it behind the elms near the Upper Pool. I walked
up and down the length of the meadow and checked out
Nellie’s Lawn, but couldn’t find it again. I returned to the
original spot and had a brief thrill when I again saw a shorebird
flying north over the meadow, but this time it turned out
to be a WILSON’S SNIPE. Shortly thereafter I came upon
a SOLITARY SANDPIPER behind the Lower Pool; along
with a couple of Spotted Sandpipers that made for four shorebird
species, probably the most I’ve had on one day in Prospect.
Spotted is the only one that’s ever common in the park; according
to Peter Dorosh’s blog, this is the first record of Upland since 4/22/1950.

As far as passerines go, it was a fairly slow day, with the
highlights being WORM-EATING and PRAIRE WARBLERS, and
a RUSTY BLACKBIRD.

Upland Sandpiper  1     (On Long Meadow ball fields at dawn. Flushed from diamonds area across center of field, paused on lawn for a moment, then moved again twice, flying around me at close range and standing about 20 yards from me before flying north.)

Posted by Kingsboider at 6:40 PM 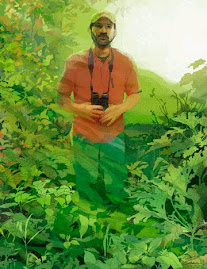